Being grounded for weeks is horribly inconvenient but for me it has also offered the luxury of more time to read. At first it was really hard to concentrate, and I felt I could only read books I’d already read; anything new seemed too challenging. So I began with an old favourite Heat Wave by one of my favourite authors, Penelope Lively.

The central character and narrator is Pauline, a woman in late middle age who is spending the summer in a cottage in England next door to the cottage occupied by her daughter, Teresa, husband Maurice, and their son Luke. This new proximity gives Pauline a vantage point from which to study her daughter’s marriage, and particularly her son-in-law’s behaviour. The tension in this novel grows steadily and with painful realism to an unexpected and quite startling climax. Even reading it for the third time brought me up in goose bumps. Heat Wave is a Penguin Modern Classic.

From Penelope Lively I turned to another English writer, Jessica Francis Kane, whose novel The Report is a brilliant recreation of a true story from World War II London. Drawing on documents relating to the worst civilian disaster of the war, in which 173 men, women and children lost their lives in a crush that developed as they rushed to safety down the steps of the Bethnal Green underground air raid shelter, Jessica Kane has created a sensitive, thoughtful and gripping novel. This book is beautifully written and Kane’s fictional characters through whom the story is told are thoroughly convincing. The Report is published by Portobello Books.

Jessica Anderson’s Tirra Lirra by the River, first published in 1978, was one of the first Australian novels I read when I moved here from England in 1981. This book has always seemed like a true work of art to me. Anderson was awarded the Miles Franklin for Tirra Lirra, a remarkable achievement as the story is told in the voice of an elderly, childless woman, returning to the place of her childhood. Kerryn Goldsworthy wrote a terrific article in the Australian Book Review in 2015, in which she suggests that this, and Helen Garner’s first novel, Monkey Grip, which won the National Book Council Award in the same year, marked a turning point in Australian literature which was heavily male dominated at the time.

It was probably a mistake for me to re-read Nigel Slater’s memoir, Toast, at a time when I couldn’t get to the shops to indulge my taste buds, even so it’s a delightful book and well worth a second read. Nigel Slater is an English food writer, journalist and broadcaster. For many years he has written on food for The Observer. He’s also a brilliant chef and has a delightfully ironic sense of humour. Toast is the story of his childhood relationship to food, his parents, his mother’s woeful cooking and following her death the arrival of his father’s new partner who cooks like a dream. They way he writes about the food of the sixties and seventies is amazingly evocative of the period, and his gentle, but occasionally biting, humour make this a real gem. He is quite tough on the members of his family and this is an honest and thoughtful memoir which provides a picture of childhood which will feel familiar to many in the same age group. Toast is published by Fourth Estate, and there is also a delightful film of the book available on DVD. 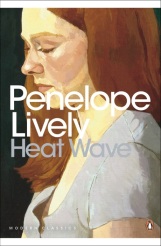 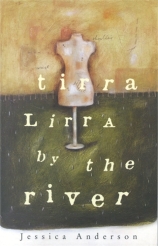 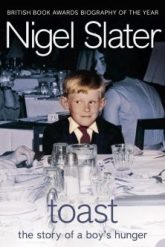